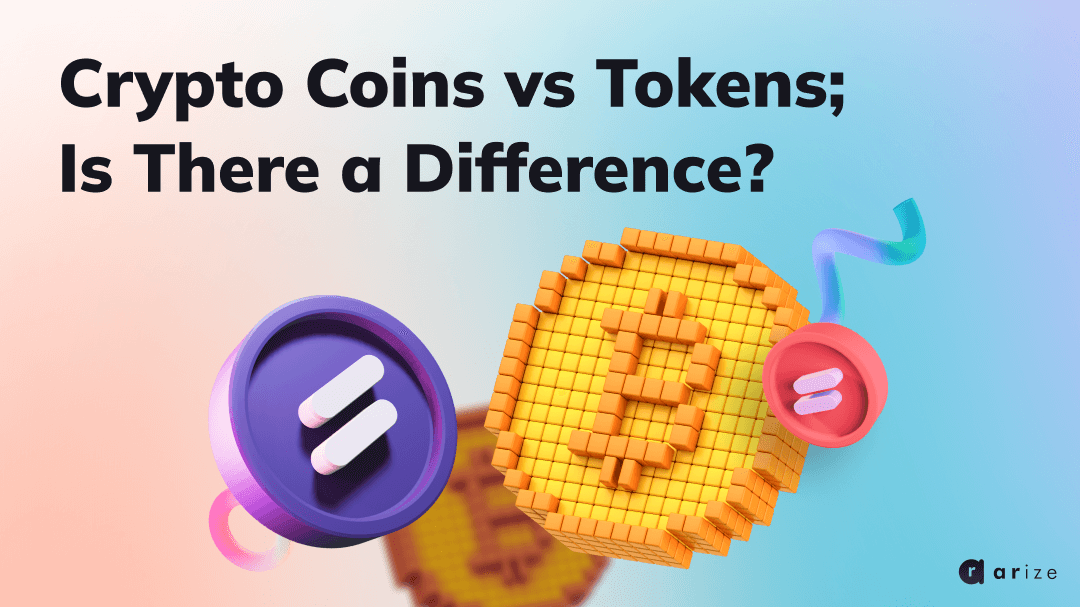 The answer to this question is yes, there is definitely a difference. But everybody has confused a token and a coin at some point. In truth, the two are very much alike, fundamentally. Both of them represent a store of value, much like fiat currency, be it dollars, euros, pounds, or yen, for example. But there is a crucial difference between the two; coins are a form of money, and digital tokens represent something that can be assigned a value.

It’s a case of utility; there are things you can do with coins that you can’t do with tokens, but there are also places that will only accept tokens, giving them greater utility.

In this article, we’ll go over some of the differences to make sure you won’t ever get confused again!

What is a crypto coin?

There are distinct qualities that separate a coin from a token, which are more similar to traditional money. A coin is defined by the three following characteristics:

Operates on its blockchain: A coin has to have a blockchain that keeps track of all the transactions the coin is involved in.

It acts as money: Bitcoin was specifically invented to replace traditional money. The appeal of a new, more level system inspired the creation of other coins.

Can be mined: Crypto coins can be earned through traditional mining on the Proof-of-Work system. This becomes a more difficult process over time, as there are fewer and fewer coins to mine as time goes on.

What is a token?

Unlike coins, tokens do not have their own blockchain. Instead, they operate on other crypto coin blockchains, like Ethereum, which houses BAT, BNT, Tether, and other tokens on it.

Tokens represent things. Quite often, a digital token represents physical or intellectual property such as a work of art, a piece of art, or even a property. The most famous example of this in the crypto world is NFTs.

Tokens also rely on smart contracts. These are an array of codes that facilitate trades or payments between users. Each blockchain has its own smart contract, like ERC-20 (Ethereum) or Nep-5 (NEO).

When a token is spent, it moves from one place to another, such as a change in ownership for an NFT. Crypto coins are different because they do not move around, only account balances change. When you transfer money, it doesn’t go anywhere; the bank just changes the balance of both accounts. It’s the same with the blockchain.

Another difference between the two is what they represent. As we said, crypto coins are essentially digital versions of money. Tokens can represent assets or deeds for land, cars, works of art, anything really.

So there you have it. While they are not a million miles away in their differences, there’s enough of a difference that you need to pay attention to which is which. You’re welcome!

Top 5 AR Trends to Look out For!