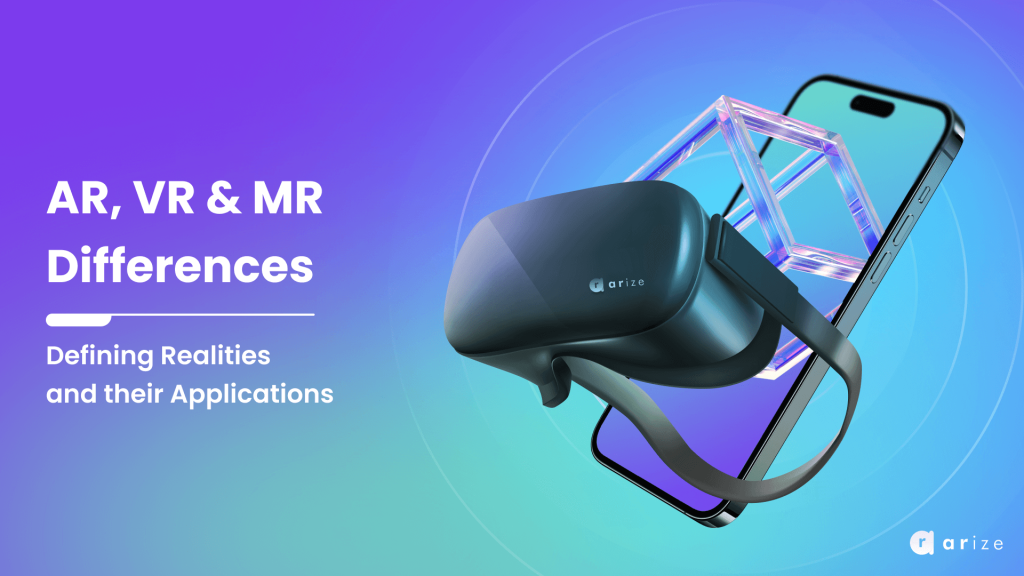 Augmented reality (AR), virtual reality (VR), and mixed reality (MR) represents both a disruption and an opportunity for creators. Using these technologies, you can transform 2D designs into interactive, immersive digital models, giving a richer context to your information.

The line between the real and virtual worlds continues to blur, allowing for breathtaking experiences that were previously only available in the imaginations of science fiction writers.

While virtual reality has been the “next big thing” for several years, it seems to have finally come as a way to generate realistic images, sounds, and other sensations to transport you into a spectacular imaginary world.

Augmented reality, which adds virtual elements to your real world, is contributing to the extended reality buzz, and both are on their way to becoming a big part of our world.

With mixed reality, you can play a virtual video game, grab an item in your real world, and use it as a weapon against your virtual enemies, a true intermingling of imagination and reality.

As we mentioned before, VR is the reality that most people are familiar with of the three we are talking about.

Virtual reality takes users into a completely virtual world. As it exists today, VR incorporates 360-degree visuals and binaural audio to enhance the realism of the virtual space. With consumer-grade VR technology, users have to wear specialized VR headsets and noise-canceling headphones. More advanced experiences may also equip the user with special motion capture gear to help with movement tracking.

AR is a technology that creates a blend of digital data and the real world. AR has seen a huge leap in advancement due to the development of mobile devices, graphical capabilities, and CPU performance.

As little as a decade ago, AR was a niche development area, with only a small following interested in early AR games on devices like early iPhone models.

AR games like Pokémon GO are on the rise today, and leading social media platforms like Snapchat and Instagram use facial tracking for accurate AR face filters.

MR is the most ambiguous term of the three. Like AR, it also places digital or virtual objects in the real world. The difference is that in MR, users can easily interact with these digital objects to enhance their experience or improve efficiency with certain tasks.

Like VR and AR, MR can also be used for entertainment and gaming, but its main function is to insert digital representations of real-world factual data into the real world.

Mixed reality (MR) not only overlays virtual objects but also anchors them to the real world.

What applications do VR, AR, and MR have?

VR, AR, and MR are changing how we live and work in multiple areas of our lives. Surgeons can train for life-saving operations on virtual operating tables; firefighters can train for dangerous situations in safe augmented-reality environments, and there are even plans for mixed-reality warehouses where staff can fill shipping boxes based on packing lists floating before their eyes.

These realities are also changing the way we play, as each of them is being widely applied in the gaming industry. Some games require a smartphone, while others demand a VR gaming laptop or VR-ready tower PC. Viewing goggles are sufficient to enjoy some games, but for more immersive experiences, there are advanced VR headsets such as the Oculus Rift, HTC Vive, and Microsoft Hololens.

These technologies have been used in many different areas and industries. Below are just a few examples of where they are being applied.

Each of these technologies is transforming the educational landscape by revolutionizing learning and making it more immersive. Universities are already offering VR and AR courses, while MR is now becoming important in training fields like medicine.

New technologies are helping those in the manufacturing industry gain a competitive edge. VR is helping to train new workers in simulated environments, making the process quicker and more effective; AR gadgets assist workers, reduce human error, save time, and increase efficiency; MR facilitates manufacturing processes by providing workers with real-time assistance. Workers can see holographic instructions right before their eyes, so they always know what to do.

These extended realities have provided a major boost to the advertising industry. They help marketers and advertisers reach out to their audiences more efficiently. Unlike conventional ads, AR ads are interactive and engaging, so they promote sales and increase brand awareness.

The gaming industry is booming, and that is thanks in part to these new technologies. VR, AR, and MR are bringing a level of immersiveness and entertainment to the world of gaming that would scarcely have been imaginable a decade ago.

Welcome to the new Reality

New VR, AR, and MR technologies and products continue to be released into the market, making new environments accessible to the masses. The choice for a new reality is virtual, augmented, or mixed. Let your imagination and your readiness to try new gear enhance your experience!

For more information about ARize, its products, and services, please visit https://www.arize.io or contact us at https://arize.io/contact.html.

How AR is Transforming Tourism

Five Main Benefits of Web3: The Internet’s Next Evolution