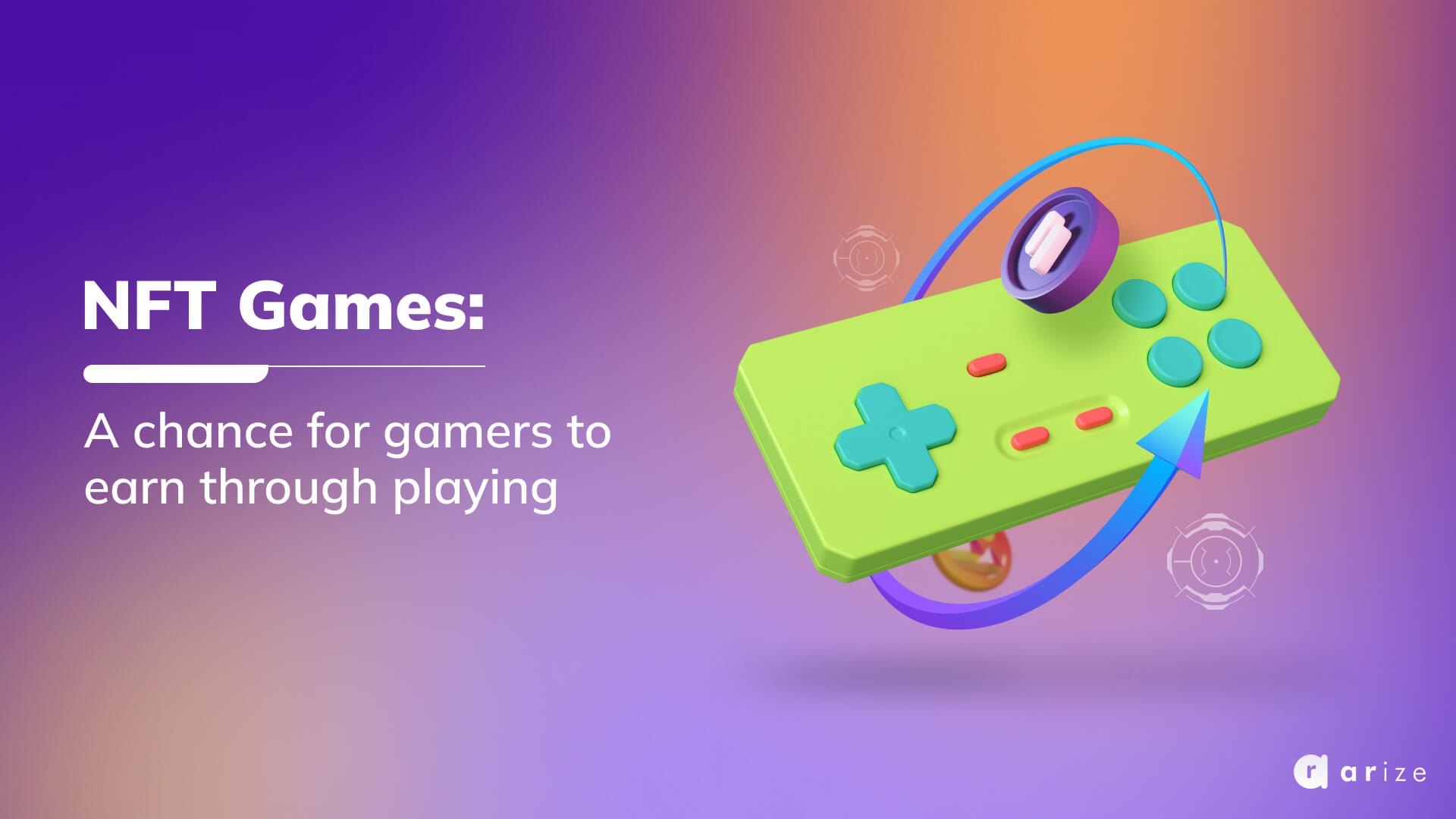 The gaming industry is one of the biggest in the world, growing from $8 billion in 2006 to $160 billion in 2020, a higher rate than any other entertainment industry throughout the same period.

As the generations who were first introduced to arcades and consoles have grown up, they have continued to invest in this pastime, while newer generations are also getting hooked.

So, of course, it was only a matter of time before gaming and NFT came together to create a new type of experience and NFT games were born. But what are they? How do they work? Let’s take a look!

NFT games are part of a sector known as Game-fi. This mixes the worlds of gaming and finance, offering players opportunities to earn income as they play with a play-to-earn (P2E) model through blockchain games.

In this world, players can earn rewards by completing tasks, battling other players, and progressing through games.

How Do NFT Games Work?

By now, we all know what an NFT is. An NFT game will include NFTs in its rules, mechanics, and player interactions. For example, in-game, your character or avatar could be represented as an NFT. Any items you must find during the course of the game could be NFTs, which can be swapped with other players for profit.

How Does it Work?

To implement NFTs within a game, however, developers create smart contracts that make up the rules for the NFTs that are used. Smart contracts are an application or program that runs on the blockchain as a digital agreement, bound by a set of rules.

The game CryptoKitties uses these contracts to structure the game. They famously have a gene-science contract that determines the mechanics of randomly generating new cats. With these mechanics, players discovered how to increase their chances of developing rare breeds that were more valuable.

P2E NFT games give gamers the chance to generate an income stream through playing. Usually, a player will be rewarded with tokens and NFTs. The longer you play, the more you earn. The tokens earned are often needed as part of the game’s crafting process.

Tokens are usually earned more regularly through consistent play, while NFT drops are rarer and more chance-based. P2E has become especially popular with gamers in low-income countries, giving an alternative to fixed income or social welfare.

One of the most well-known examples is Axie Infinity. A P2E game became immensely popular in the Philippines during the pandemic as people tried to earn money to support themselves and their families when circumstances forced them to stay at home.

How do you make money?

The amount of money you earn depends on the specific game and its mechanics. The money earned will come from other users who value the NFTs earned in-game. Players cash out by selling goods on a market, exchange, or auction house. In NFT games, value is derived from the NFT itself or the utility of the game token.

The NFT game sector already has plenty of entries that people are enjoying. Here are some of the biggest ones:

Sorare: a fantasy football game where players can collect and trade real football players. Users can create a five-a-side team and you can earn points and level up by winning games, scoring, or completing other events.

Gods Unchained: This is a game similar to the popular trading card game Magic the Gathering. Gamers build up their own decks, with different powers and strengths, to battle other players. Winning leads you to find in-game items to use or sell. Winning Ranked games let players earn flux, which can be used to craft NFT cards, which can be sold.

The Sandbox: Similar to building games like Minecraft and Roblox, this is one of the most active NFT gaming platforms, and players can build and trade virtual assets. The platform offers the tools to create and animate objects and subsequently sell them on marketplaces.

Game-fi has created not only a new pastime for gamers but also a new economy that has transformed how people earn using NFTs.

Blockchain Explained: A Deeper Look Inside

Top 5 AR Trends to Look out For!