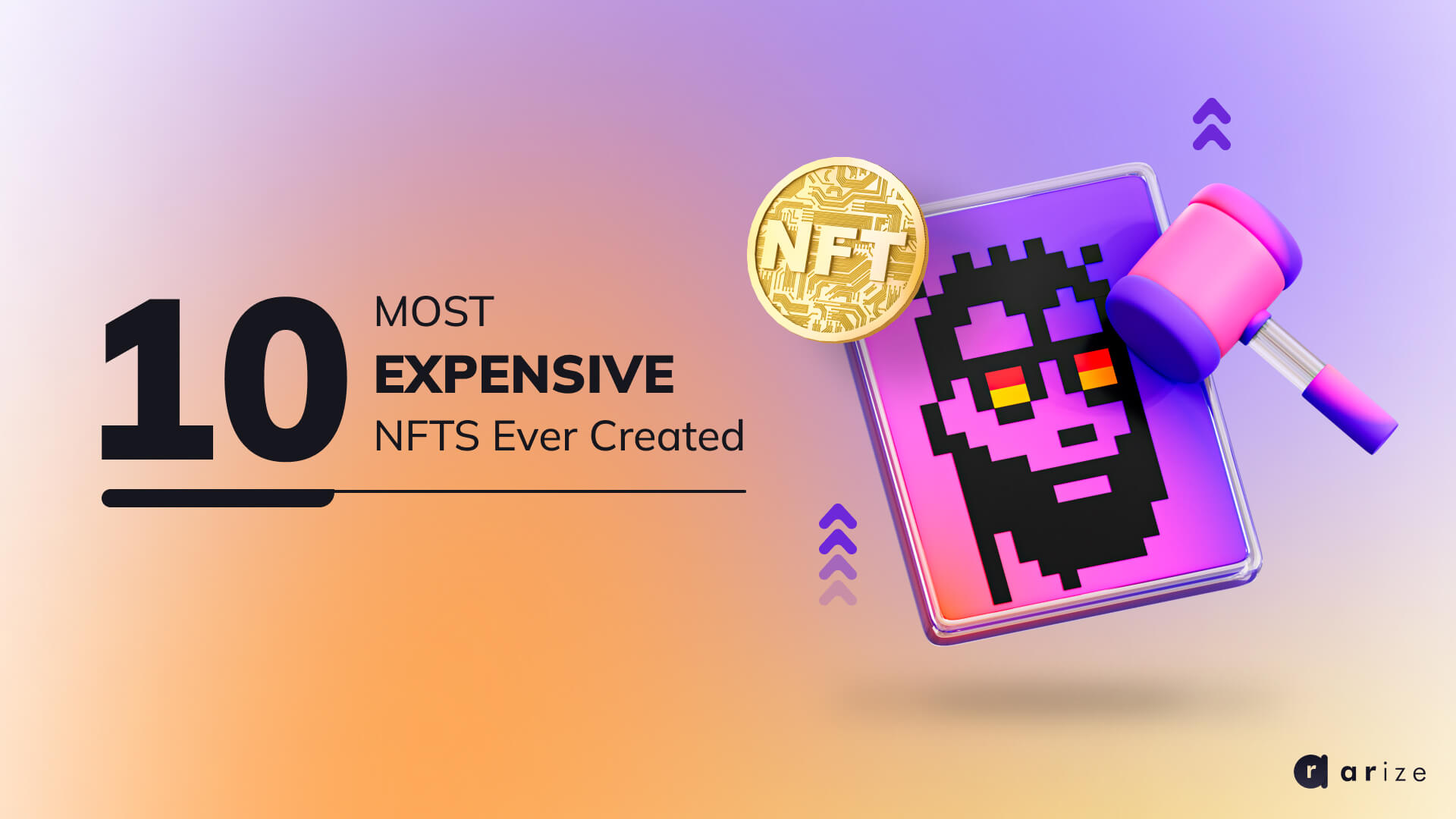 While NFTs can be represented by so much more than art, there’s no denying that this format of NFT is by far the most popular and sought-after in the digital world. These NFTs are becoming part of the art world in their own right, with some of the world’s biggest auction houses hosting NFT auctions and investors, collectors, and art enthusiasts getting in on the action.

It has grown so much that NFTs are trading hands for astronomical figures, possessing the same uniqueness that makes a painting or a sculpture worth so much to art fans.

In 2022 this took off to another level to show you just how valuable the NFT market has become. Here are ten of the most expensive NFTs that have been bought.

Legendary NFT artist Beeple created this piece to respond to the 2020 US presidential election. The work shows a prone figure (supposedly Trump) lying on the ground, symbolizing his defeat at the hands of Joe Biden.

The NFT also featured two videos, one for if Trump won and one for if he lost.

Bought by legendary hip-hop artist Snoop Dogg, this piece was created to satirize people who do not recognize the worth of NFTs.

The piece serves as a reminder that the receipts associated with the art are unique and cannot be copied rather than the art itself.

The following few entries on our list belong to the same collection, CryptoPunks. A collection of 10,000 unique images, this one stands out for having some rare traits.

As well as the blue skin (only 9 have this), the pipe, shades, and cap make it unique and one of the highest sellers in the collection.

Another one of the nine blue-skinned “Alien” Punks, this one has a white and blue headband too, which only 405 other Punks are sporting in the whole collection.

The second most expensive CryptoPunk on this list is another one with a host of design rarities.

Again, it’s an Alien Punk, but the earring, knitted cap, and medical mask are also rare, and this is the only Punk to feature all of them in one image.

The most expensive CryptoPunk ever sold for over twice as much as its nearest counterpart, this Alien has a bandana that only 332 other Punks are sporting.

Another entry from Beeple, this is a digital and physical hybrid piece. It is unique, even outside its NFT status, because it keeps changing over time.

Beeple has remote access to the artwork and updates it periodically.

This NFT was supposed to raise funds to defend Julian Assange in his legal battle against espionage charges. The clock shows the number of days Assange has been behind bars.

People features on our list again, making him possibly the most prolific NFT artist in the world.

It was sold as a collection to a sole owner and is the most expensive college piece ever created.

As talented as Beeple is, another famous NFT artist takes the top spot on this list. Although their identity is unknown, Pak has a massive presence in the digital art world.

The Merge technically isn’t a single NFT. But with a collection of 312,686 tokens, buyers could purchase as many as they wanted. The mass of the art went up as more and more tokens were purchased.

The final selling figure makes it the most expensive artwork by a living artist, not just in the NFT space but in art history.

There are many more NFT pieces that have sold for vast sums, and this list will continue to change as more pieces are created and increase in value due to their unique nature. But this shows that NFTs are becoming a factor in the art world in their own right, and it’s only set to continue.